Sonam Kapoor and Anand Ahuja were married in a traditional Sikh wedding on the morning of Tuesday, May 8, 2018 in Mumbai and a reception was  later in the evening. The bride wore a traditional red lehenga designed by Anuradha Vail with beaded jewellery for the Anand Karaj which was attended by actors such as Saif Ali Khan, Amitabh Bachchan, Aamir Khan, Kareena Kapoor, Ranveer Singh and many more

Born on July 29 1983 in New Delhi, India, Anand Ahuja completed his education at the American Embassy School before starting an MBA from Wharton School of the University of Pennsylvania, but he did not complete it.

Anand then went on to do an internship as a product manager at Amazon in Seattle and today, is the CEO and Managing Director of the clothing brand Bhane, the largest export company in India.

He is also the founder of India’s first shoe store Veg Non Veg and a managing director of Shahi Exports, owned by his father Harish Ahuja.
Anand garnered media attention after he started dating Sonam Kapoor.

On 8th may,whole Bollywood gathered in Hotel The Leela Mumbai to celebrate the togetherness of the newly wedded couple ,And like the fashion-forward couple, their guest too made jaw-dropping appearances in both traditional and modern ensembles. Metallics seemed to be the theme for the night with everyone stepping up in their shimmery and chic outfits. 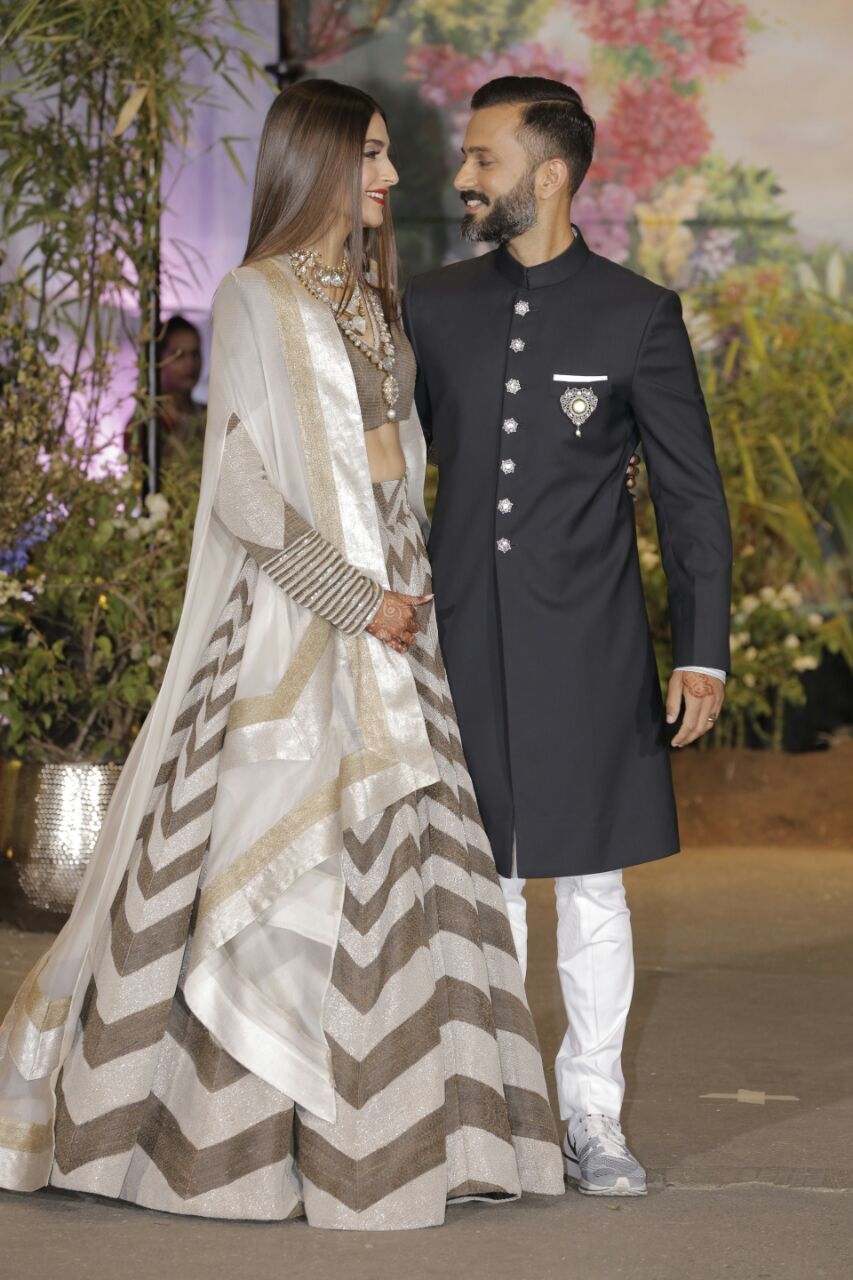 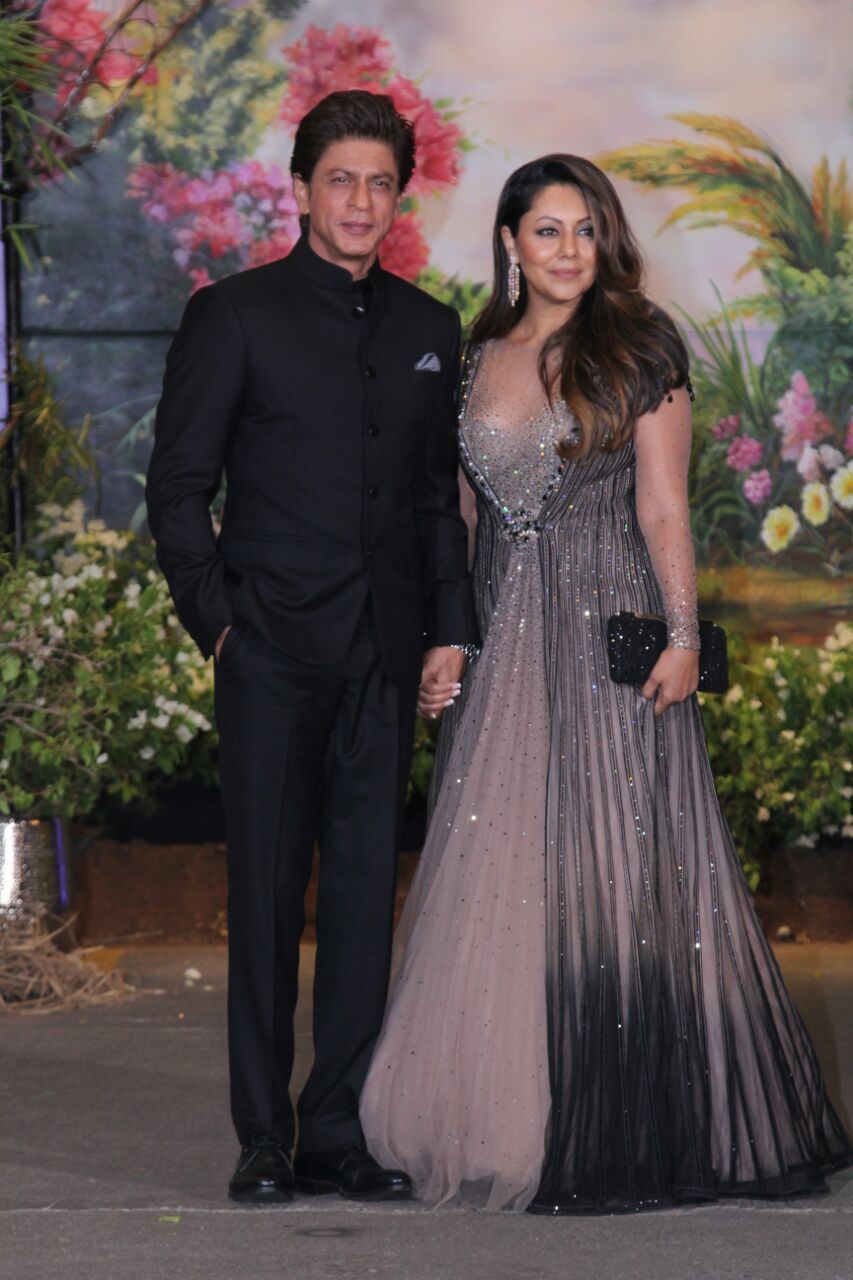 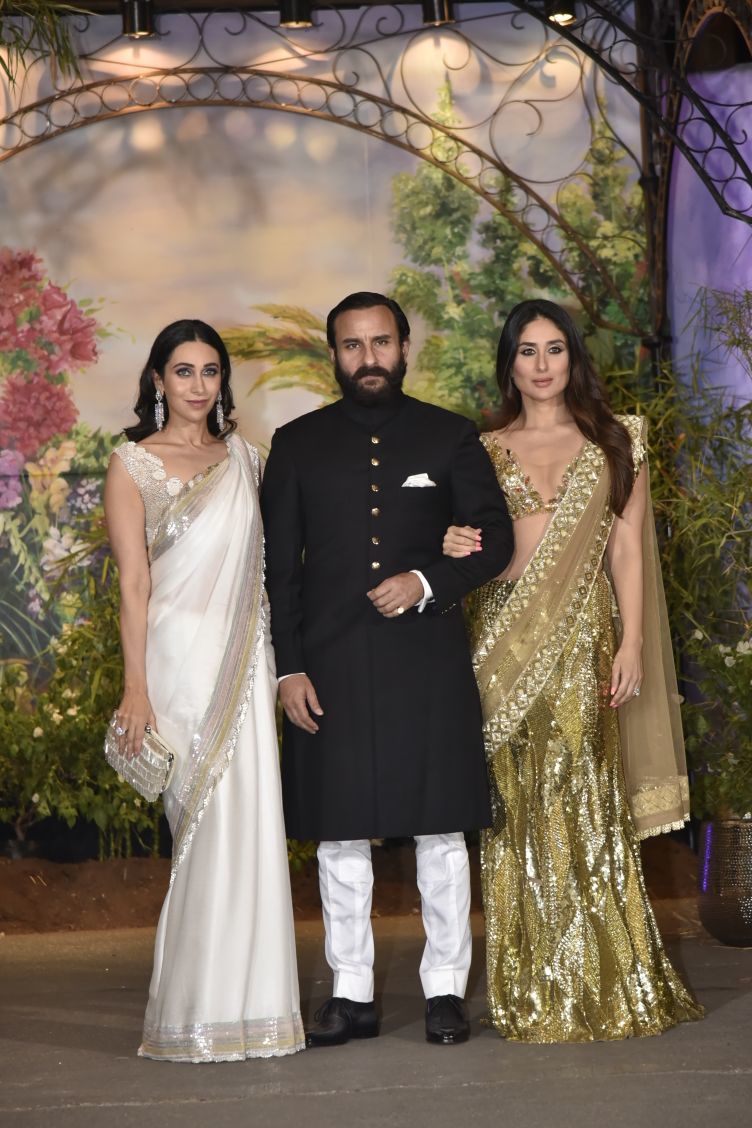 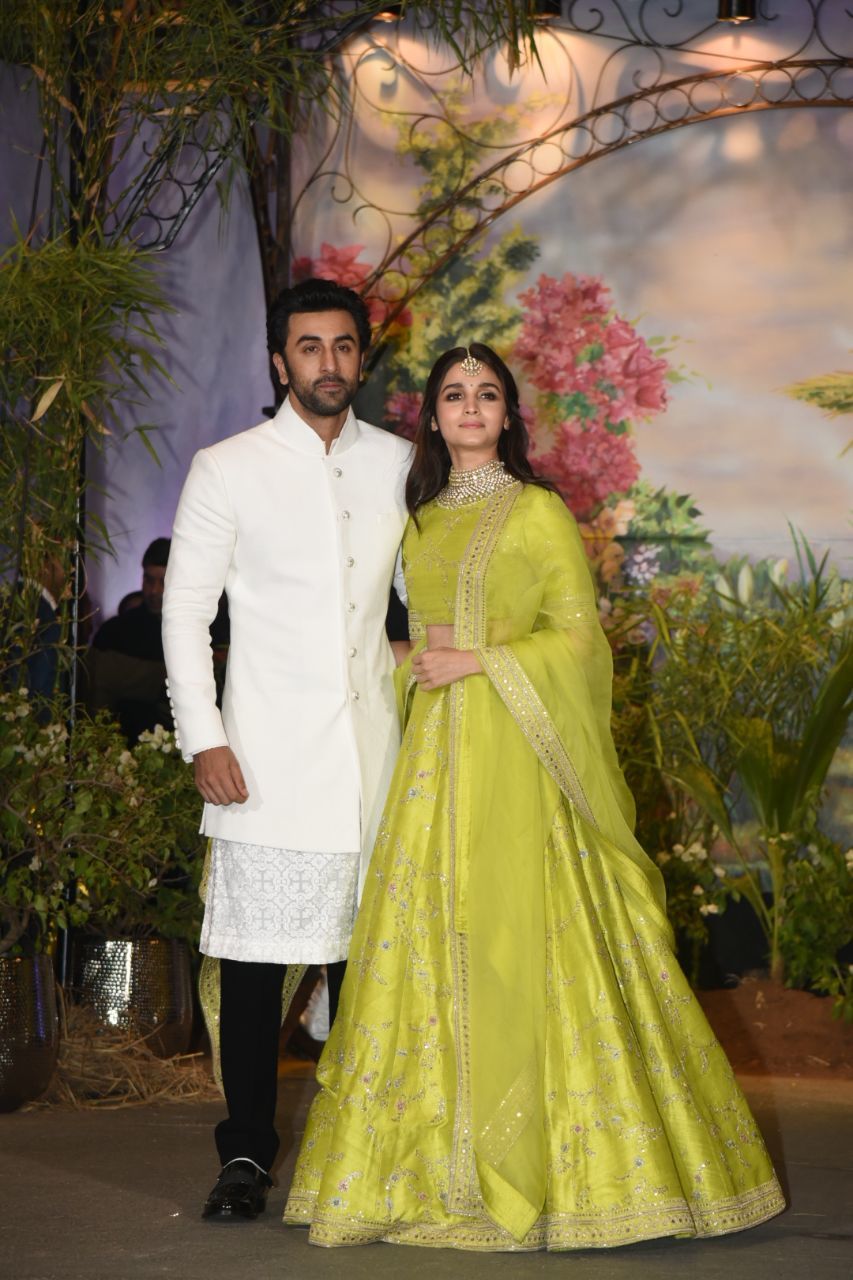 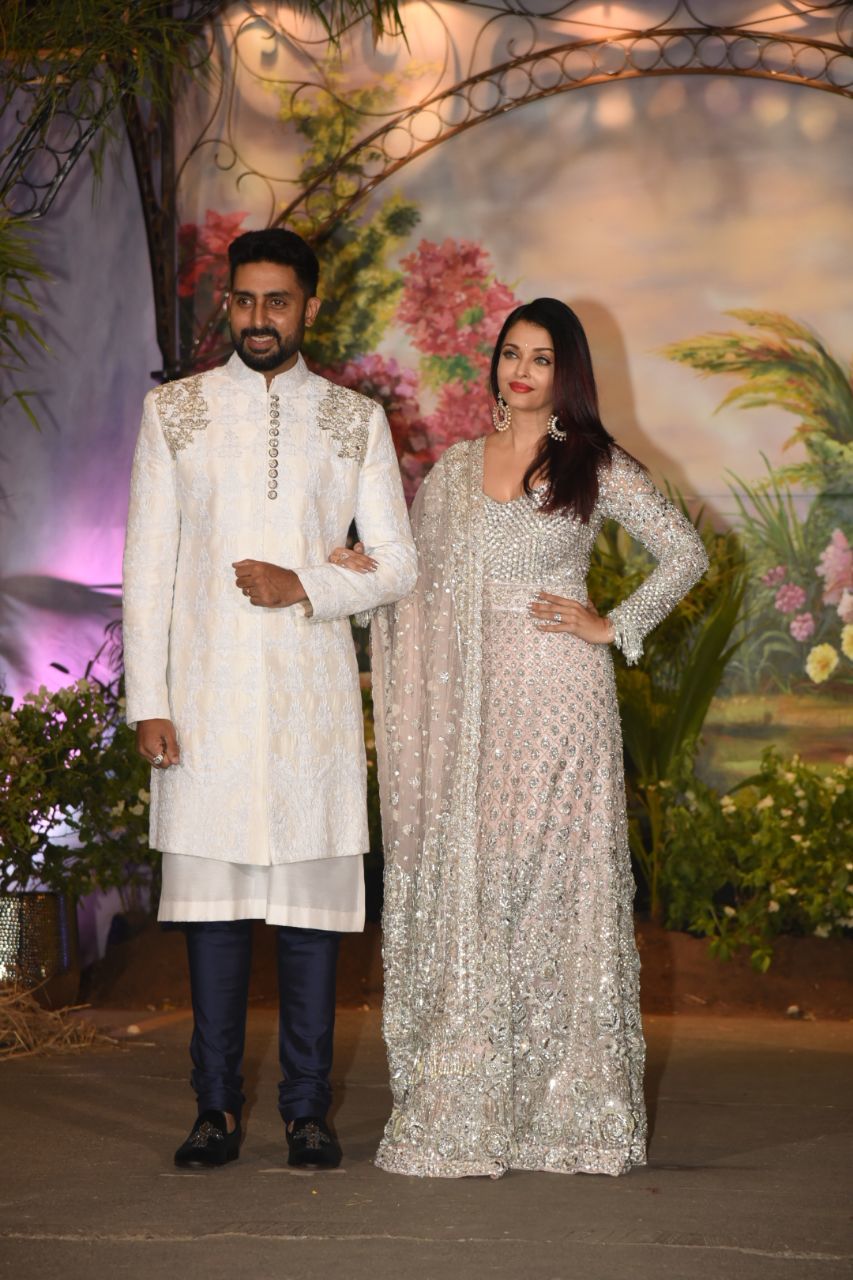 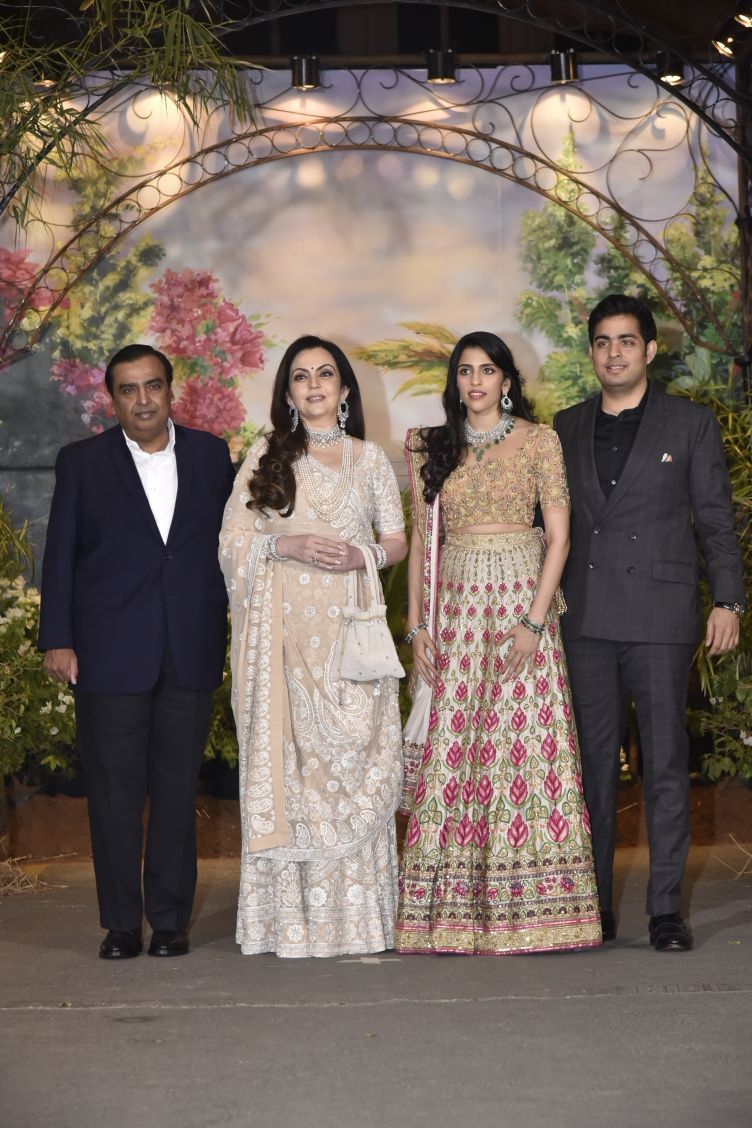 We wish for their bright future 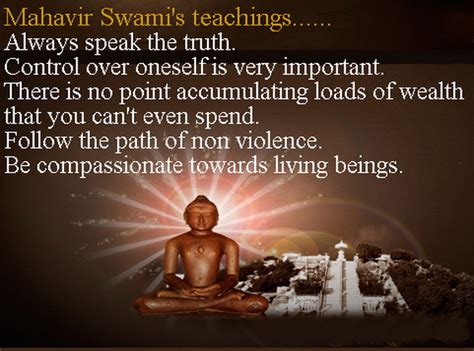 Stephen Hawking was born on January 8, 1942 and died on March 14, 2018. He was the wheelchair-ridden scientist who gave lectures with the aid of a computerized speech synthesizer. He was a British scientist, a renowned professor at Cambridge University in England, and the author of the best-selling book “A Brief History of Time.” He performed revolutionary work in physics and cosmology. He is responsible for bringing science to the common man. He is noted for his study of black holes and the origin of the universe. There is also a film based on his life ‘The Theory Of Everything’.

A Young woman who has only just started her acting journey in the Malayalam film industry with oru adaar, in a film that is yet to be completed ,has found herself in unimaginable fame overnight.

she became an overnight sensation after she put up a teaser  which went viral in seconds .A see saw with her eyebrow and the lingering wink has made her one of the fastest growing Indian celebrities online.

Priya is a b.com student at Thrissur’s vimala college.she is trained classical dancer and she can also be seen dressed in mohiniyattam costume in some Instagram photos of her. The truth is social media -when used strategically over time is the most powerful form of marketing and market research the world has ever seen. Today celebrities  maintain a separate manager for handling social media .

SHE WAS KNOWN TO BE THE FIRST FEMALE SUPERSTAR OF INDIAN FILM INDUSTRY.SHE WAS HAWA HAWAI AND CHANDANI TO EVERY SINGLE BOLLY FAN..HER LIFE WAS ALWAYS BEEN CONTROVERSIAL SO HER DEATH ….

Sree devi was born as SHREE AMMA YANGER AYYAPAN on 13 aug 1963 in Sivakasi Tamil Nadu.She belonged to a TAMIL BRAHMIN family and was born to lawyer Ayyapan yanger and Rajeswari yanger. 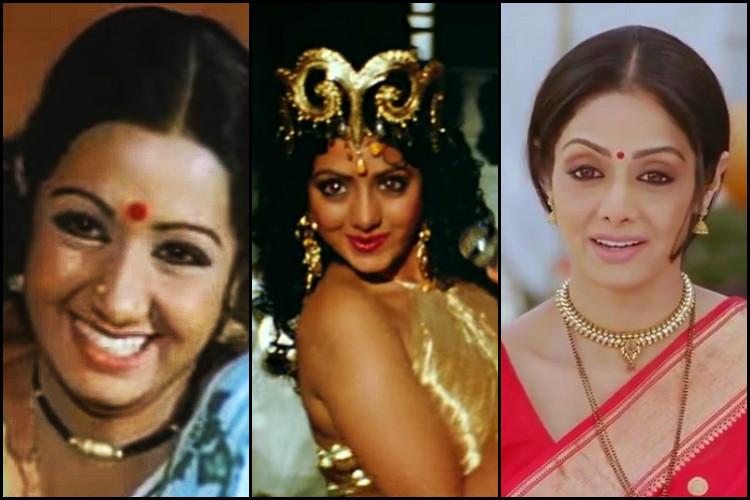 She made her first on screen appearance at the age of 4 in 1967 in the tamil film THUNAIVAN,in which she played the role of young Lord Muruga.Her performance was much appreciated and gave her fame as a child artist.She made her acting debut as an actress in 1979 with the film SOLVA SAWAN

Among her best known works were MR.INDIA(1987),CHANDANI(1989),LAMHE(1991),After marrying BONEY KAPOOR IN 1996 ,She retired herself from acting and devoted herself completely to her family.

Initially,it was considered to be rumored that she secretly got married to MITHUN CHAKRABORTHY in 1985 but when FAN MAGAZINE published their marriage certificate ,it was cleared and created a huge controversy. 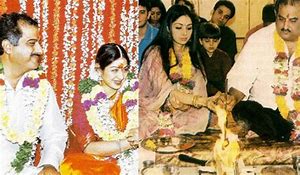 She was accused of being a homewrecker after she married to BONEY KAPOOR, because he was already married to MONA SHOURIE and was  father of ARJUN AND ANSHULA.SREE AND BONEY have two daughters named JAHANVI AND KHUSHI. 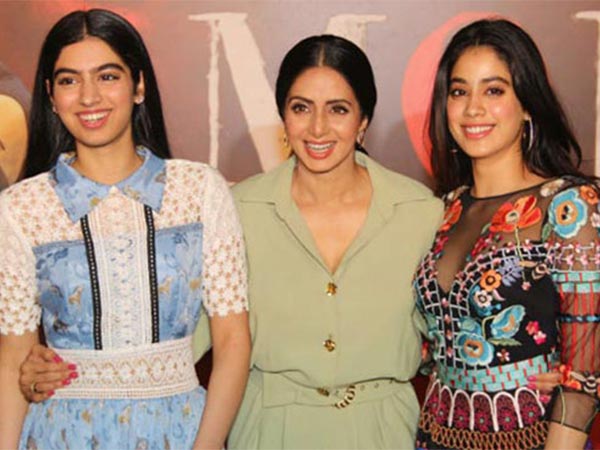 SREEDEVI used to paint during her free time.Some of her paintings were sold in 2010 by an International Art Auction House.Though  she was not professionally trained in dancing,she was considered to be the finest dancer. 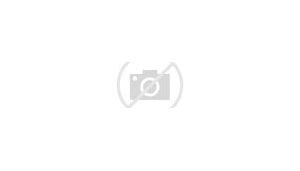 After marriage she took a break of 6 years and made her comeback in 2004 by featuring in MALINI IYER.In 2005 she judged the tv show KABOOM.She even appeared in tv show SATYAMEV JAYATE for a social cause.In 2012 after 15 years ,sree made a comeback with ENGLISH WINGLISH.MOM (2017) which marked her 300th film ,was termed as her last film as an actress,but her last onscreen appearance will be in Anand rai’s ZERO in a cameo. 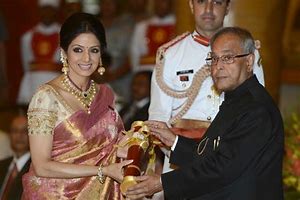 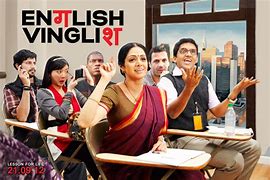 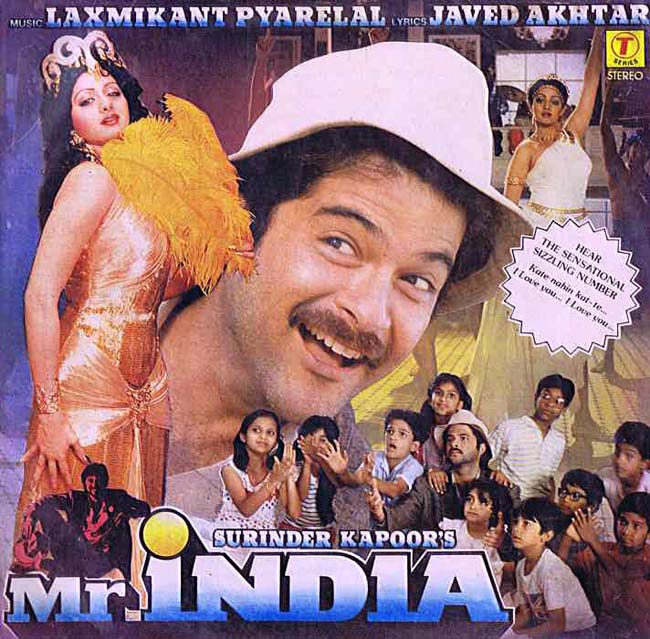 SREEDEVI died on 24 feb 2018 at 19:00 GMT in room no-2201 of the JUMERIRAH EMIRATED TOWER HOTEL IN DUBAI due to accidental drowning at the bathtub,she went their to attend her nephew mohit marwah’s wedding.Condolence have poured in since the death of the actor, who redefined the importance of the female lead in india’s largerly male dominated film industry.

“YOU WILL BE MISSED CHANDANI”

Saturday, January 20, 2018, several reports were out about the Union Minister, Satyapal Singh’s speech made in Aurangabad at the ‘All India Vedic Sammelan’. He was quoted saying, “Darwin’s theory of Evolution is scientifically wrong”. Singh, the Junior Minister of State for Human Resource Development, the department responsible for education in India also said, “It needs to change in school and college curriculum. Ever since humans came to Earth, they have always been humans,” he said. He also stated that nobody ever saw an ape turn into a human and that our ancestors nowhere mentioned that they ever saw an ape turning into a human. He did not offer any scientific counter to the theory though
Darwin’s theory states that all life has descended from a common ancestor, this evolution took millions of years. All complex forms of life evolved from simpler ones through genetic mutation.

Scientists attacked him for dismissing Darwin’s theory. Scientists said it was politically polarizing science, they said that the minister lacks knowledge. Scientists from all the well-known academies of India have unanimously drafted a letter urging him to retract his statement. The letter mentioned that Indian scientists and scientifically oriented ones are pained by his claim. There is plentiful and undeniable scientific evidence to the fact that humans and apes had a common ancestor, every new discovery adds support to Darwin’s insight. Also, statements like Singh’s would harm efforts to propagate scientific thought in the country, that it would also diminish the image of the country at the global level. This petition after being signed by the supporters will be submitted to the Ministry of HRD, the PM’s office, and the President on the 24th of January 2018.

Celebrities also took a dig at him by telling him to stop Monkeying around and tweeting things like even apes have joined the protest against the theory and deny any involvement in the creation of human beings. Even the opposition attacked BJP and the PM for appointing someone who has no regard for scientific reasoning

However, on Sunday, Singh stood by his remarks. He said that Darwin’s theory was being challenged by various eminent scientists the world over and that “Darwinism is a Myth”. He said that he-Singh,  was a man of science so would not make claims without any basis. He even proposed for an international debate on the issue to decide if Darwin’s evolution theory merited a place in school textbooks. All types of scientists be invited to the debate. According to him, media was fuelling controversy over his statement

99% of the human DNA and that of the Chimpanzee match and that is proof enough of Darwin’s theory. But before concluding that logic and reason was soundly defeated by Singh’s statement, one needs to keep in mind his background , he is an MSc, an MPhil in Chemistry from Delhi University, has an MBA in Strategic Management from Australia, and an MA in Public Administration, including a PhD on the Naxalite movement. Some food for thought!

All about politics and breaking news.